It may be possible to legally dive into a healing magic mushroom journey sooner than you think. Currently, there are two states that have the potential for psychedelic decriminalization in the near future - California and Oregon.

While action towards decriminalization has only really taken place in these two states, the potential for a domino effect is real. California was the first state to legalize marijuana for medical use in 1996 on Proposition 215. In the following decades 28 other states and Washington D.C. legalized medical marijuana via ballot or legislation.

Here we have provided you with an overview of the current efforts to legalize psychedelics.

Psilocybin is currently listed as a Schedule 1 drug under the Controlled Substance Act which means it supposedly has no medical value & high potential for abuse. Every few months new research comes out which seems to contradict this legislation.

“There is a cultural fascination with mushrooms that goes really deep,” said Kevin Saunders, a magic mushroom activist behind a campaign to have psilocybin decriminalization put on the 2018 ballot. Formerly an addict, Saunders used magic mushrooms to free himself from the addictive grips of heroin [1].

A ballot measure was filed in the state Attorney General's office last November. The measure would mean that California law enforcement could not penalize someone for growing, selling, possessing, or transporting psilocybin mushrooms for citizens over the age of 21 [2].

If the ballot measure achieves 365,880 signatures then the legalization initiative would be one step closer towards decriminalizing magic mushrooms. 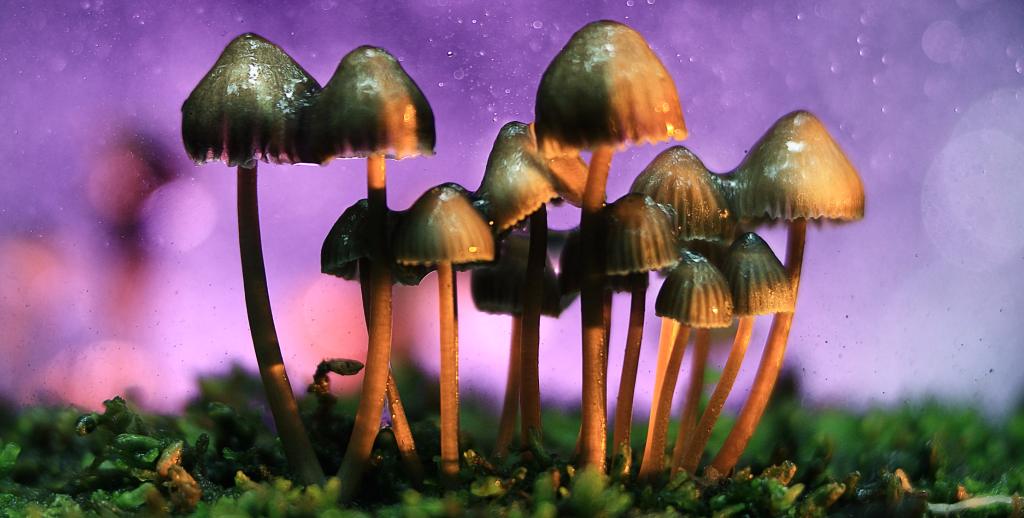 A Psychedelic activist group, the Oregon Psilocybin Society, is asking voters to legalize the use of the psilocybin in the 2020 election.

"Under the proposed measure, any individual over 21 years of age, upon attaining medical clearance from a physician, could participate in a sequence of sessions, provided on-site at a state licensed Psilocybin Service Center [3]" according to the organizations website. "The service progression would include, at minimum, a preparation session, a Psilocybin administration session, and an integration session. All sessions would be facilitated by trained and certified Psilocybin Service Facilitators who are registered with the state [4]."

The Oregon Psilocybin Society is lead by a husband and wife team, Tom and Sheri Eckert. "Both of us have had interesting psychedelic experiences in the past and saw their power," said Tom Eckert. Tom and his wife run a therapy practice and say they believe that psilocybin could benefit the patients in their practice, particularly those who have been victims of domestic abuse [5].

At Dreamdelic we are trying to provide our customers with artwork & apparel that allows them to express the effect that psychedelics have had on their lives.

Join over 2,000 Dreamers in receiving exclusive Coupons, Giveaways, and More!